Account
Customs And Import Duties Are Included In Our Prices Where Applicable!
Shop Products By Antoinette Poisson

Julie Stordiau, Jean-Baptiste Martin and Vincent Farelly were working as freelance paper conservators restoring wallpapers in some of France’s most ancient palaces when a project in the Auvergne called for an 18th-century ‘Domino’ (decorative sheets of paper).

These were the first real wallpapers and are distinguishable by their unusual 42x32cm size. During the Age of Enlightenment in France, the dominotiers’ guild would print ornate motifs onto paper sheets using engraved plates and applying colour with stencils.

Struggling to find what they were looking for, the trio set up Antoinette Poisson in 2012, with the aim of bringing forgotten 18th-century wallpaper techniques back to life. The label was named after Louis XV’s mistress Madame de Pompadour, adopting the middle and maiden names of the 18th-century doyenne of decorative arts. Today the ‘dominos’ are collected and framed individually by design enthusiasts or pieced together like tiles to cover walls – and the range also includes textiles, lampshades and stationery. The flamboyant Rococo patterns rediscovered by the Antoinette Poisson team recently caught the eye of Gucci's creative director Alessandro Michele, leading to a creative collaboration. The designs were used for Gucci's summer resort collection and to adorn the newly refurbished Gucci Wooster boutique in New York. 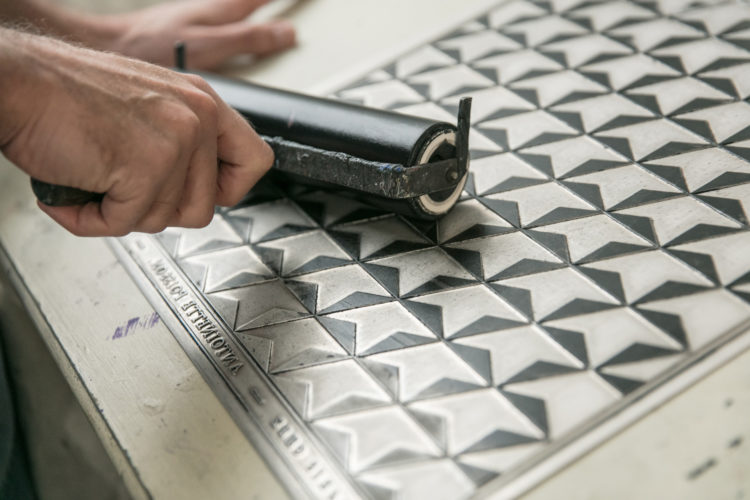 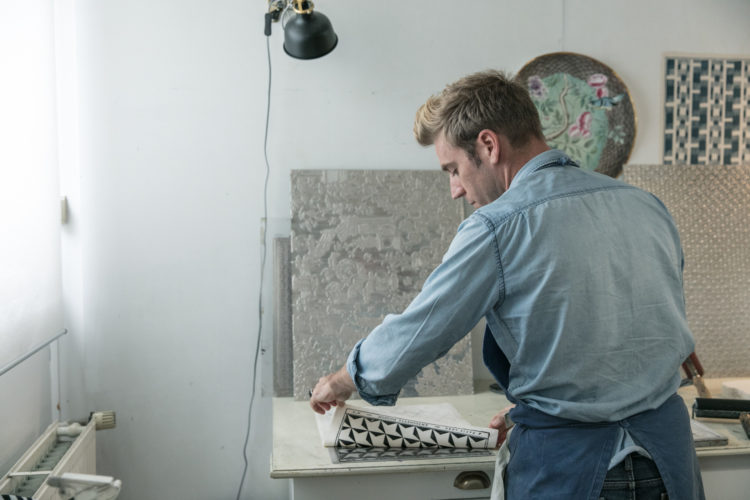 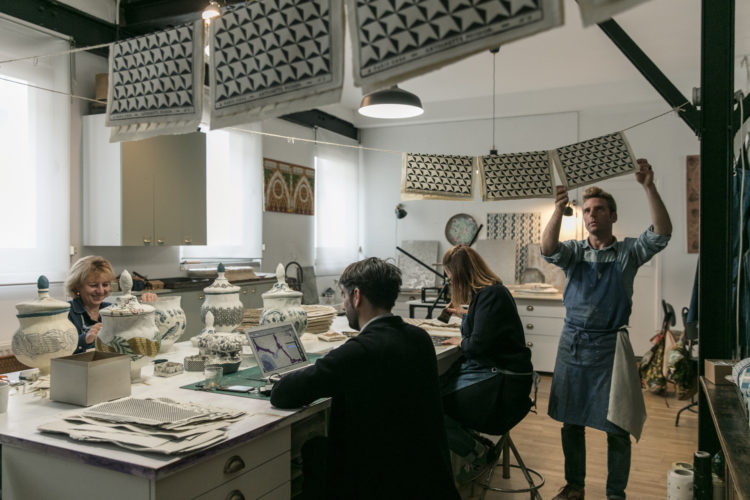 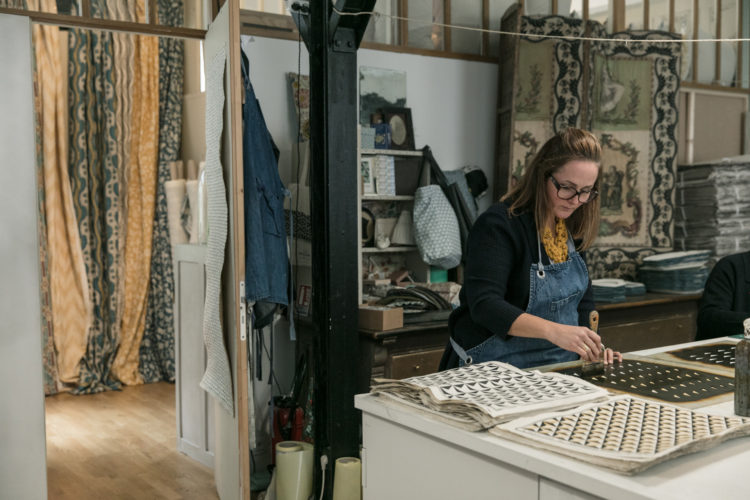 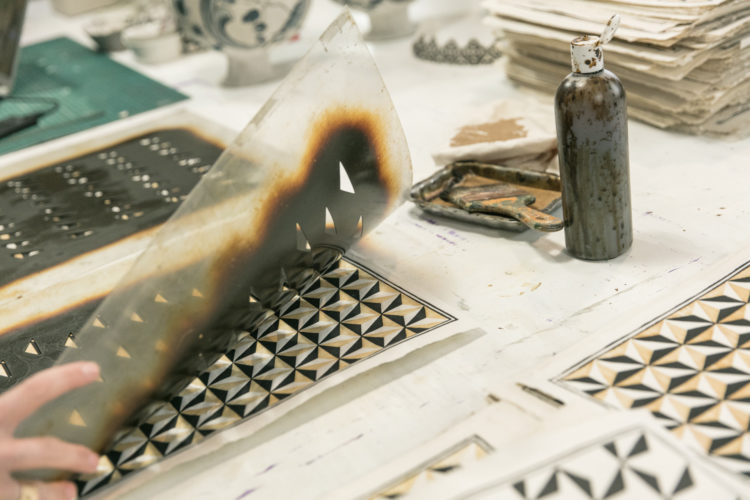 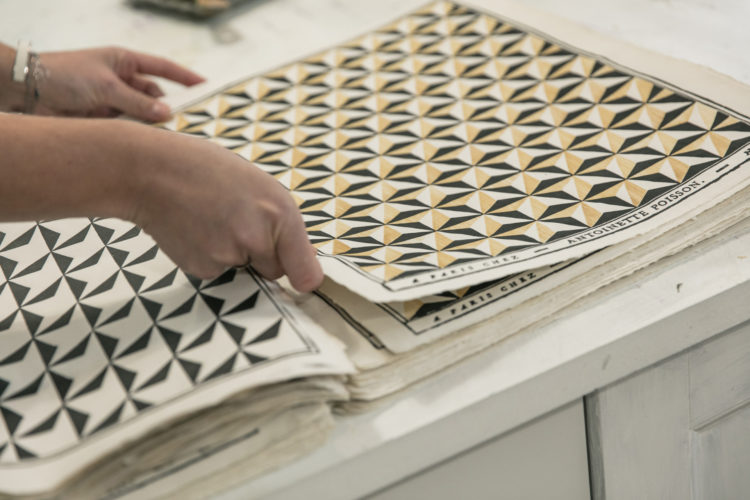 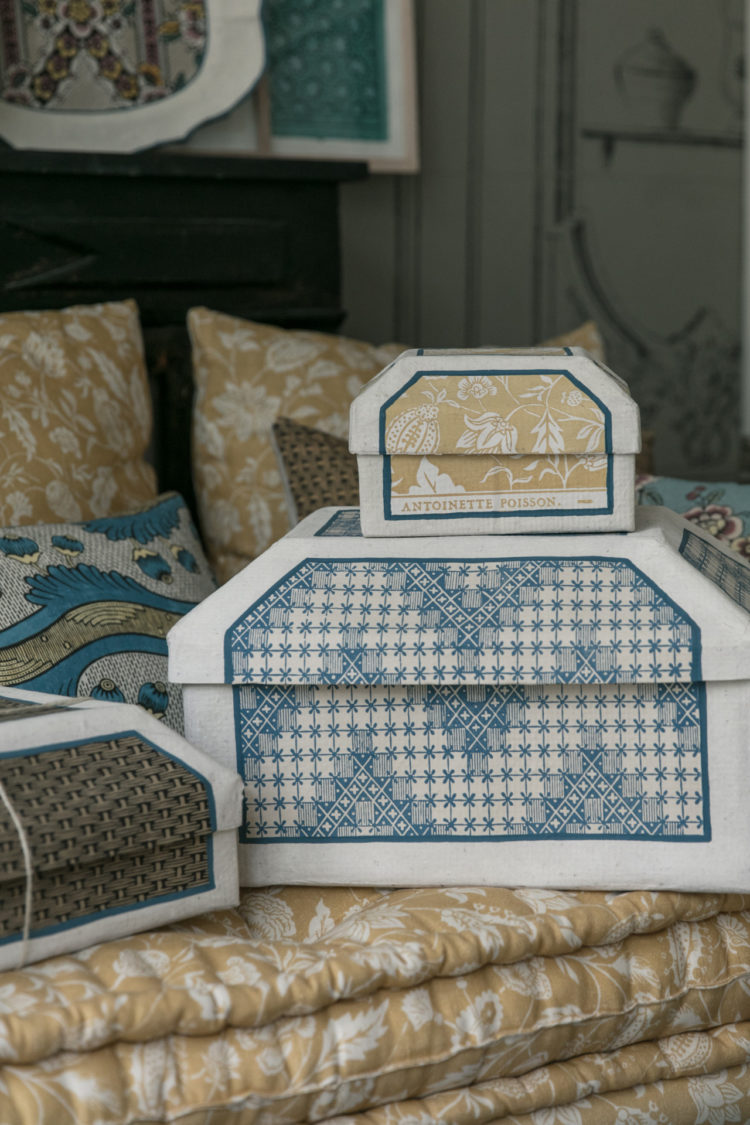 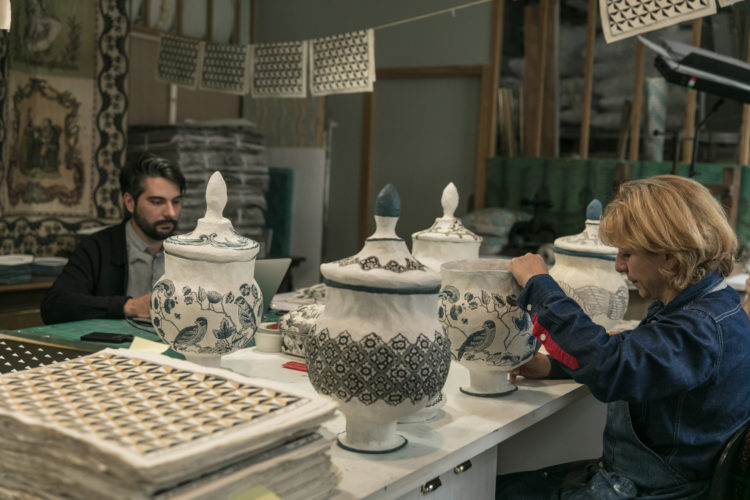 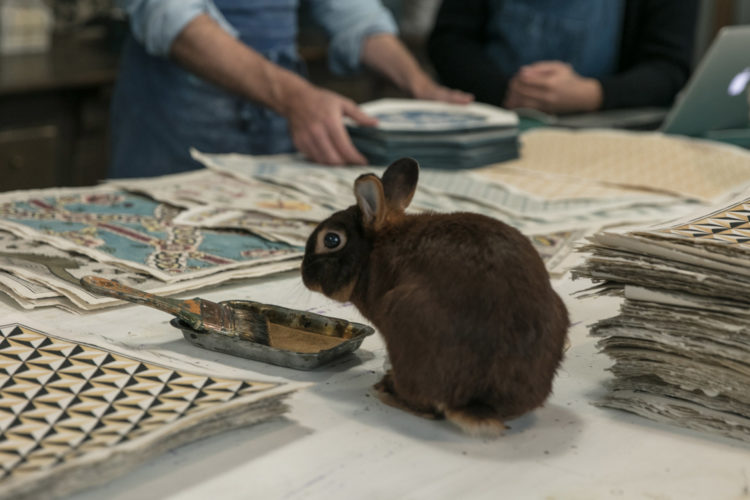 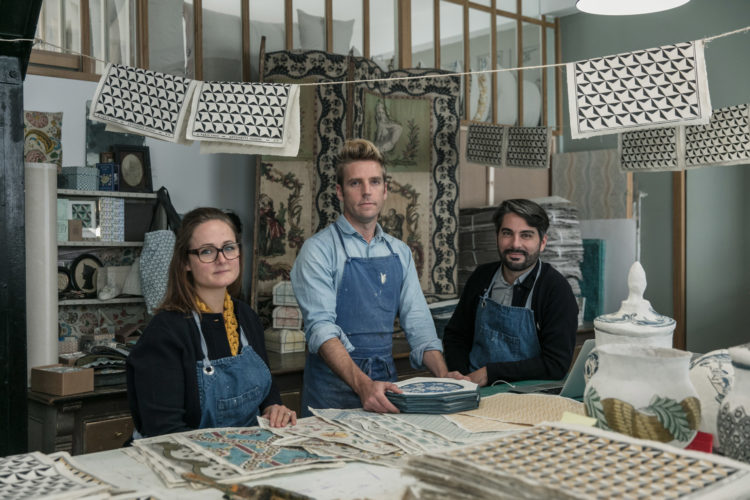 Intricate florals in vivid colourways and striking geometric prints which reference the spirit of the 18th century make up the 13 (and counting) wallpaper patterns of this French atelier. “Each hand-painted design is available in the original colourway, as well as a more restrained, modern palette," says Stordiau.

“Hand–blocked and hand-painted, the prints are reproductions of the ‘dominos’ that were once employed to decorate smaller nooks and crannies – lining closets, corridors, boxes and books." 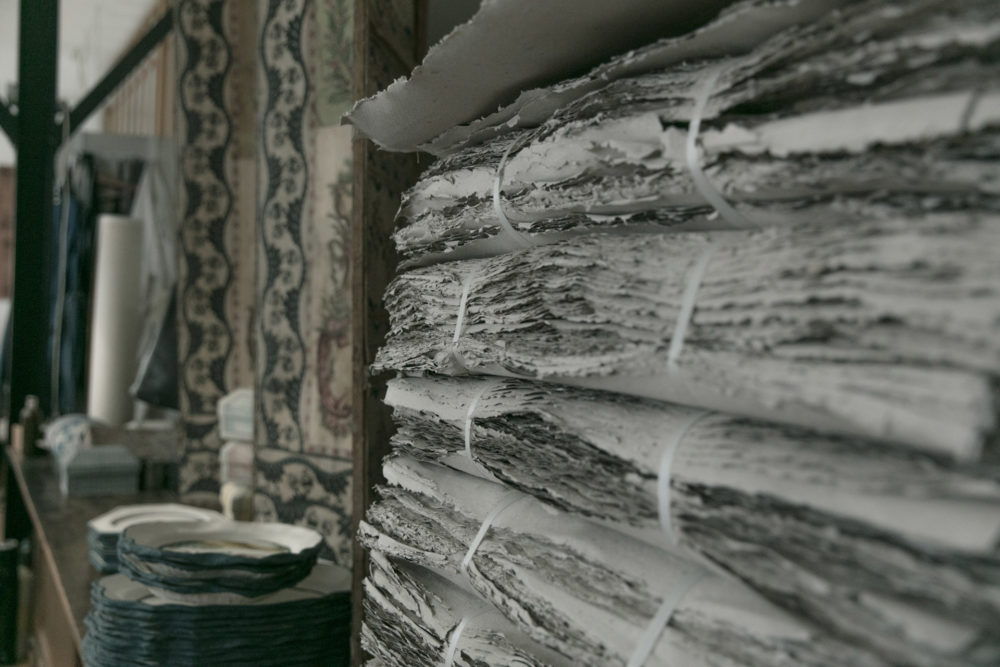 “The paper is made according to traditional 18th-century techniques. Jacques Bréjoux who makes our paper collects old linen and hemp clothes from the 18th and 19th centuries which he shreds into small pieces which are then hammered, put into water and then sieved in order to create a pulp which is dried and pressed”, explains Stordiau. “It takes approximately one day to print 100 sheets and around one or two minutes per colour per sheet to paint.” 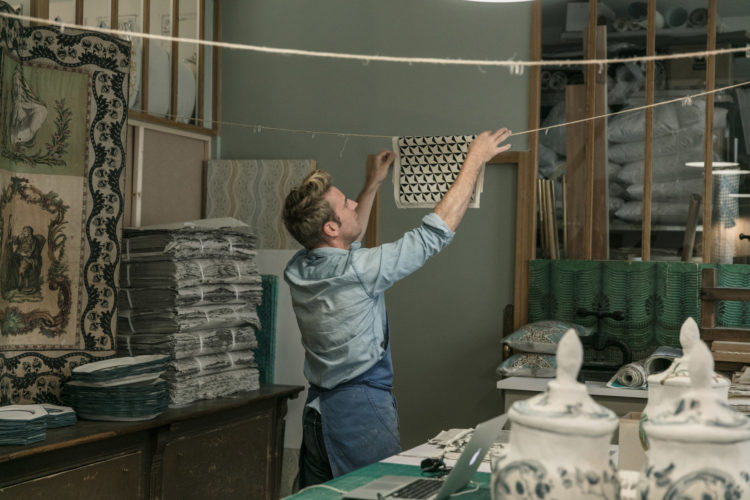 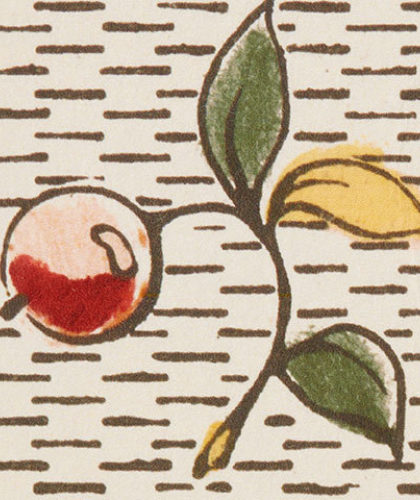 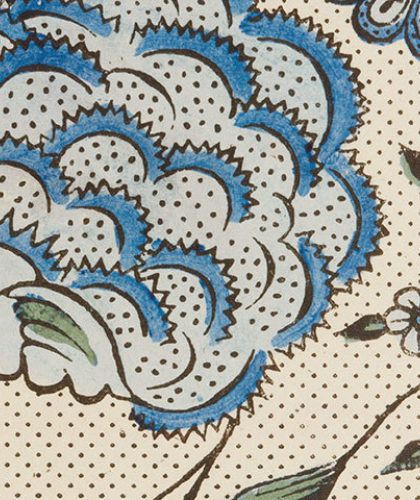 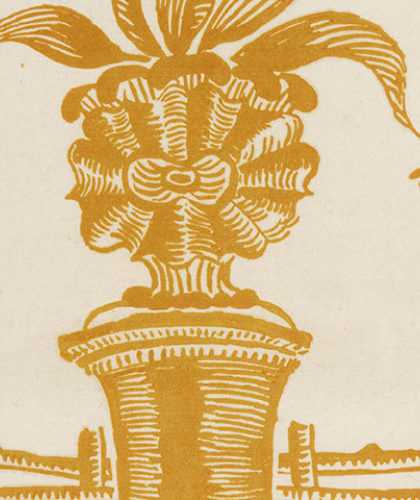 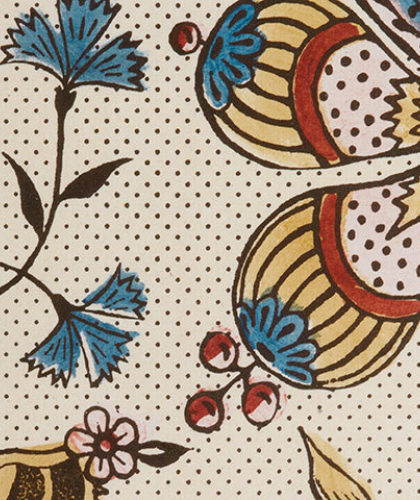 Back to all designers